On Sept. 10, PR Newswire published a press release announcing the release of a new global study from Technavios, which details a cannabis market analysis that projects a surplus of cannabis-based alcoholic beverages hitting the market by 2022. Despite the press release’s reports, cannabis-based alcoholic beverages are currently illegal in the United States. 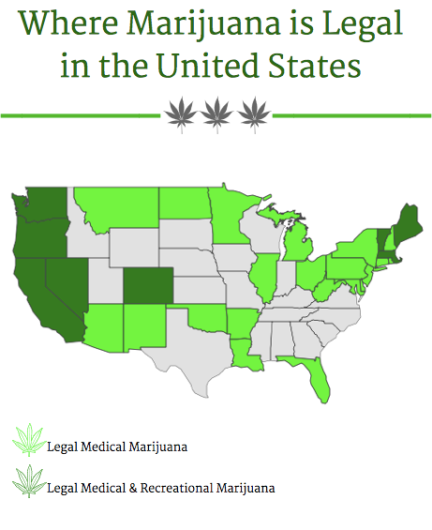 Sen. Rick Jones told the Detroit Free Press in May 2018, “I’ve been studying the problems that have been created in Colorado following the legalization of marijuana. And marijuana-infused beer is a recipe for disaster.”

To Jones, cannabis-infused alcoholic beverages pose a major risk to patrons, as well as a legal liability to bars and bartenders, “You can drive with a small amount of alcohol in your system, but you can’t drive with any level of THC. There is zero tolerance.”

Colorado was the first state to legalize nonalcoholic cannabis-infused beer and California recently followed suit. But even in states where marijuana is legal, it seems like cannabis-infused alcoholic beverages aren’t going to hit the market any time soon.

If there’s anyone who could give insight on California’s cannabis laws and new innovations in the commercial cannabis industry, it’s Dr. Dina. Nicknamed the ‘Queen of Cannabis’ by Snoop Dogg and rumored to be the inspiration for the lead character in Weeds, Dr. Dina said in an interview conducted via email, “As of January of this year, we [cannabis dispensaries] aren’t allowed to manufacture, distribute or sell cannabis products that have alcohol in it.”

Even though commercial cannabis-infused alcohol products are illegal, it seems like people have been DIYing the cocktail for a while. “For years people have made homemade tinctures and topicals by soaking cannabis leaves in alcohol,” Dr. Dina said.

Like any famous cocktail, there seems to be a mocktail for those who can’t enjoy the alcoholic components of the classic beverage. “These days, we sell several brands of cannabis beverages. But, they don’t contain alcohol,” Dr. Dina said.

While many liquor manufacturers, such as Humboldt Distillery’s Humboldt’s Finest vodka, have infused their products with hemp seeds, hemp is almost impossible to get high off of. Between its extremely low tetrahydrocannabinol (THC) quantities, high cannabidiol (CBD) components, and fiber components, hemp is often grown solely for culinary purposes.

THC and CBD are two of the most common cannabinoids found in cannabis. THC is one of the most psychoactive components in cannabis, which means it’s essentially one of the primary cannabinoids responsible for the euphoria, relaxation, increased senses, and hunger often associated with a cannabis high. As for CBD, it’s not psychoactive and therefore cannot get you high. Instead, CBD is mainly used for medicinal purposes because of its passive mood, anticonvulsant, and anti-inflammatory effects.

In order to make Hi-Fi Hops, Lagunitas uses hops to infuse a sparkling water base, then sends the beverage to AbsoluteXtracts, a Northern California cannabis greenery, who adds the THC and CBD. According to Lagunitas Brewing Company representative Cassie Morgan in an interview conducted via email, this creates, “A buzz-inducing, super sparkling beverage that drinks like a beer, tastes as refreshing as water, but has a kick of sun-grown cannabis.”

While each can of Hi-Fi Hops is 12 oz. and zero calories, the beverage comes in two variations in terms of THC and CBD quantities. The first option has equal THC and CBD levels of 5 mg each. The second option features 10 mg of THC and no CBD. With seemingly low doses of THC and CBD, consumers are inclined to pose the question of whether or not Hi-Fi Hops will give you a similar high as smoking a joint. 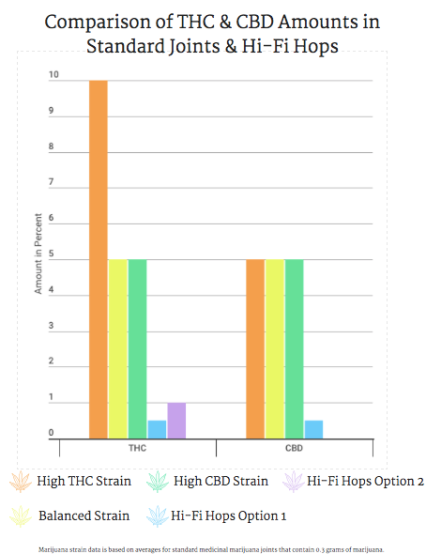 According to AbsoluteXtracts, “We use water-soluble THC and CBD in Hi-Fi Hops, which means the THC and CBD will enter your bloodstream without needing to be digested. You’ll start feeling it in as little as 10 minutes.”

So, how high will you really get within 10 minutes of drinking Hi-Fi Hops? AbsoluteXtracts said, “The high is more uplifting, energetic, and functional than your standard edible.”

But, users should be mindful the high isn’t as long as a high from smoking cannabis. “Faster absorption also means the high will recede more quickly which makes cannadrinks a great option for inexperienced and experienced users alike,” AbsoluteXtracts said.

Although Hi-Fi Hops is currently only available in California marijuana dispensaries, Morgan anticipates expansion, “With legal cannabis in more states all the time, we could see the product expanding to production and sale in different states before long.”

It seems like breweries aren’t the only companies cashing in on cannabis-infused beverages. According to BNN Bloomberg, Coca-Cola is currently discussing creating a CBD-infused beverage with Canadian cannabis producer Aurora Cannabis Inc. Although Coca-Cola has expressed interest in the cannabis industry before, this is the first time a specific cannabis company was named.

Although cannabis-infused alcoholic beverages might not be hitting dispensary shelves any time soon, it seems like nonalcoholic beverages infused with cannabis components are only on the rise and may become mainstream quicker than some lawmakers and consumers anticipate.